Join us on this incredible vacation 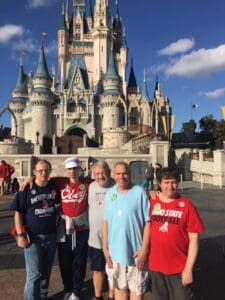 to Orlando, Florida, which is an area The Guided Tour knows so well. We have been touring the Walt Disney World Theme Parks as well as the Orlando attractions since both The Guided Tour and Walt Disney World Resort started in 1972. This five day trip will include the Magic Kingdom, SeaWorld, Disney Hollywood Studios Theme Park (or Universal Studios or EPCOT), a terrific dinner show, delicious food, great shopping, and swimming or relaxing out by the pool. Don’t miss out, sign up today!