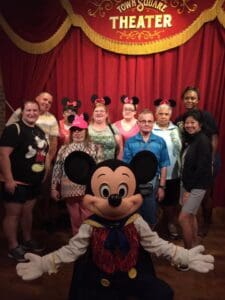 Persons in wheelchairs, visually challenged and slow pacers come with their own staff person.